Over many years, multiple teams and a constantly evolving design system at PayPal, their design language had become incredibly disjointed. Patterns and code from the early 2000s still existed alongside newly launched screens.

The company was global, and considering both consumer and merchant lenses on their own products as well as in third party systems. Our team was brought in to audit and criticize their libraries, then recommend a path forward for improvement.

We were brought in by the Foundations Team at PayPal, through a relationship with an ex-Amex client.

The team had some lofty challenges and high ambitions for the PayPal ecosystem. Our engagement began at the very beginning of their 90 day plan. 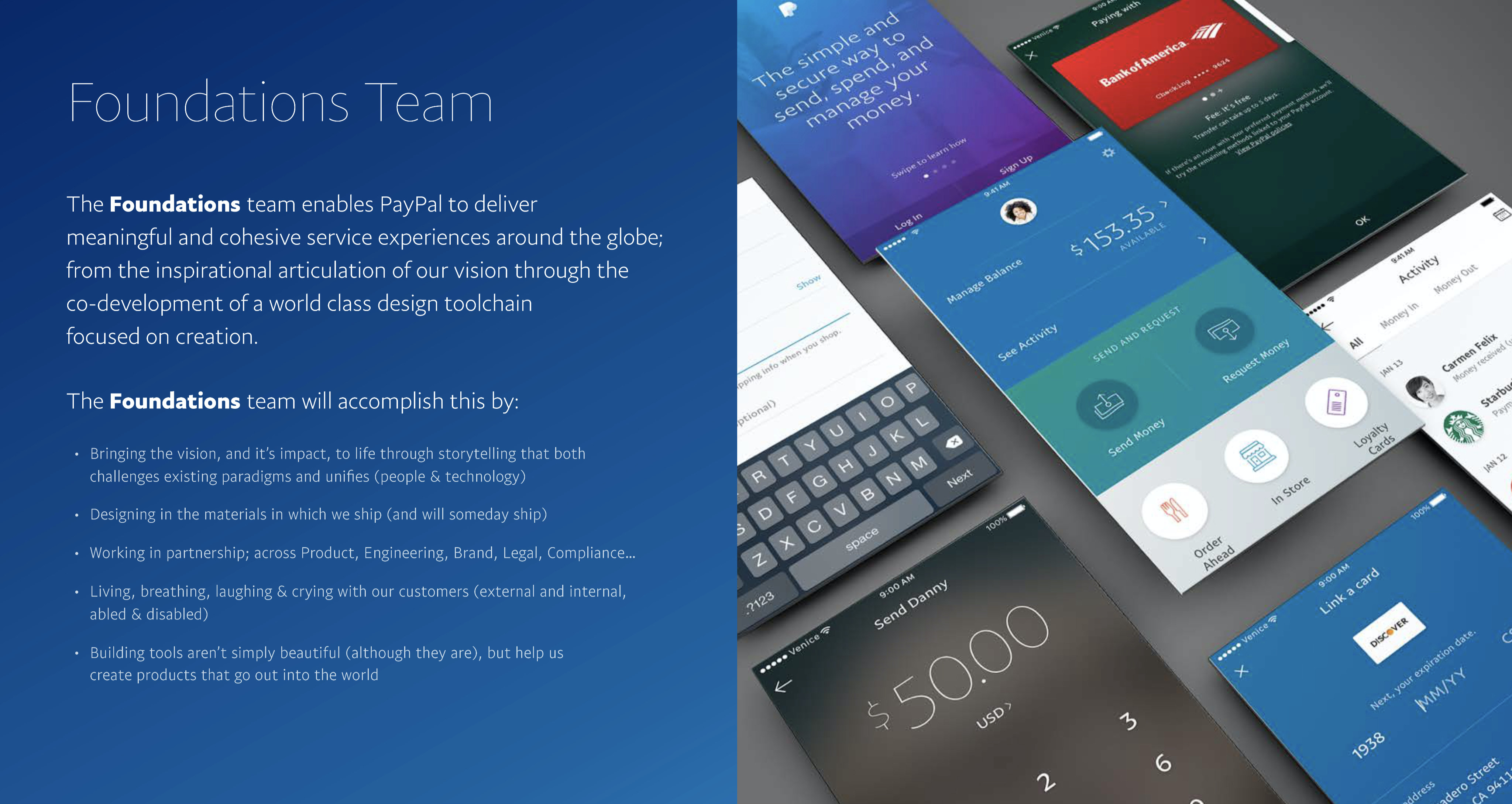 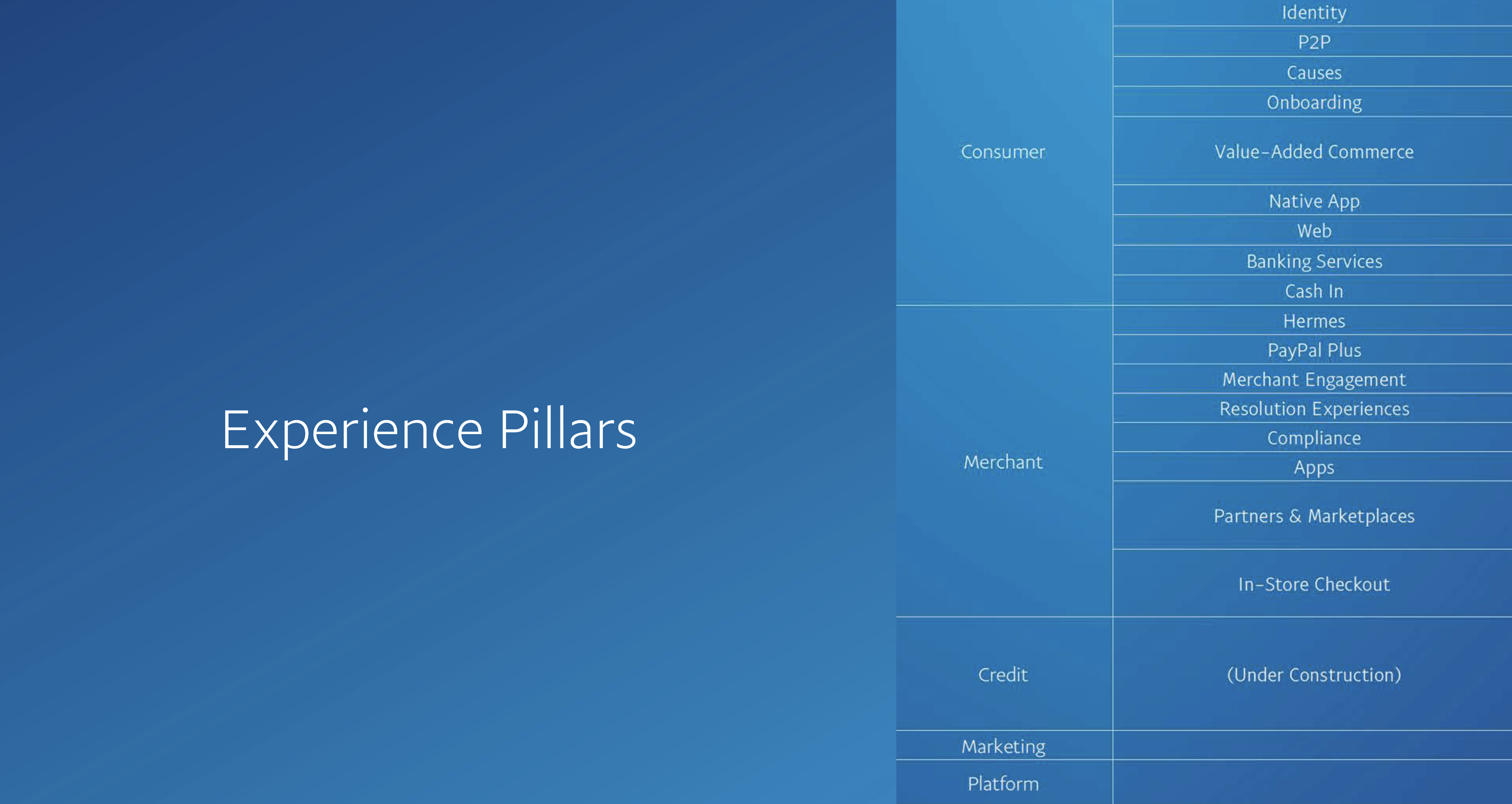 During the distributed project kickoff, we workshopped the project with the client team.

We discussed the project goals, needs and outputs; we clarified vocabulary used to determine scope; we shared a rough project plan and adjusted expectations together based on PayPal milestones and deadlines. 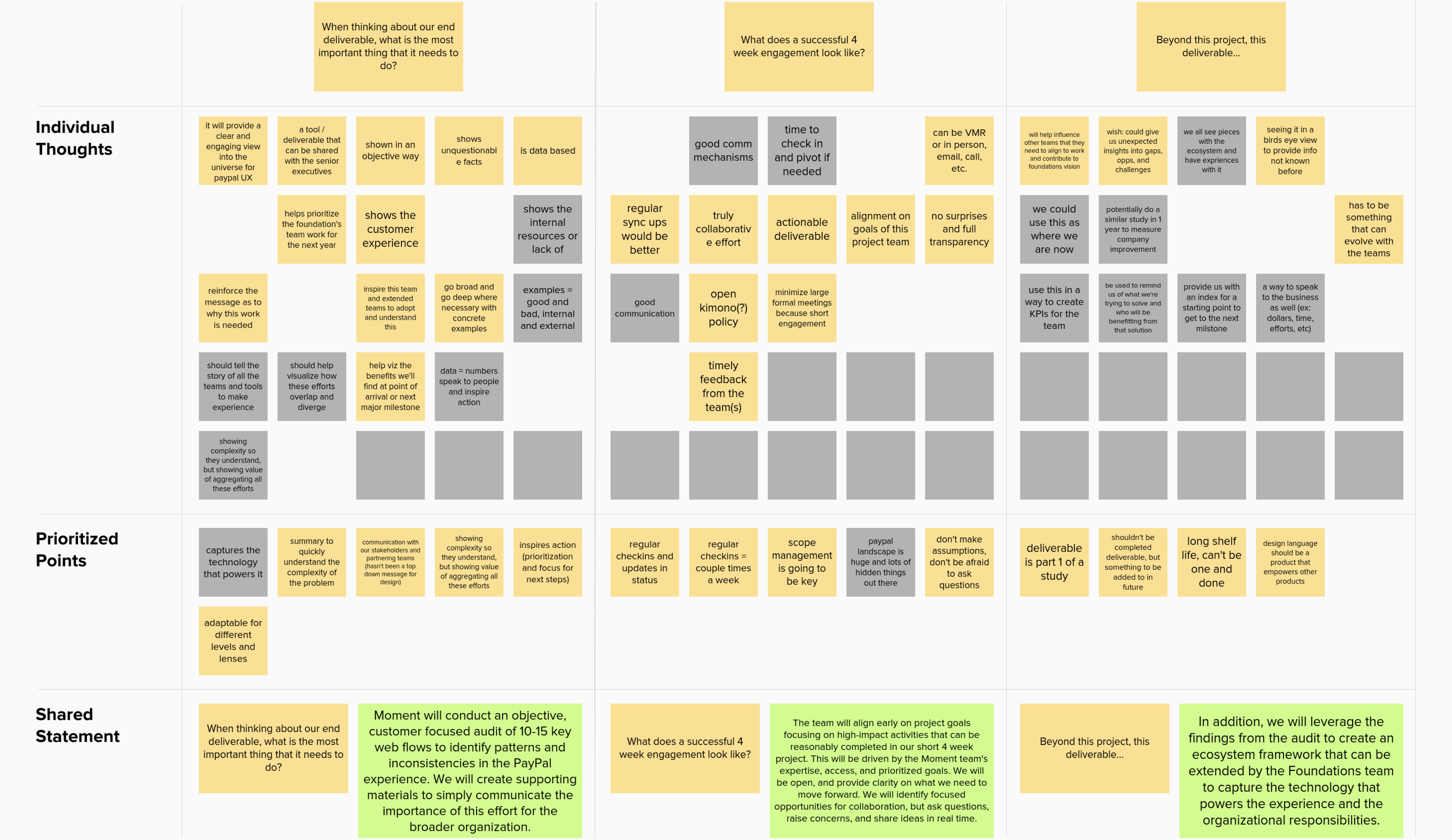 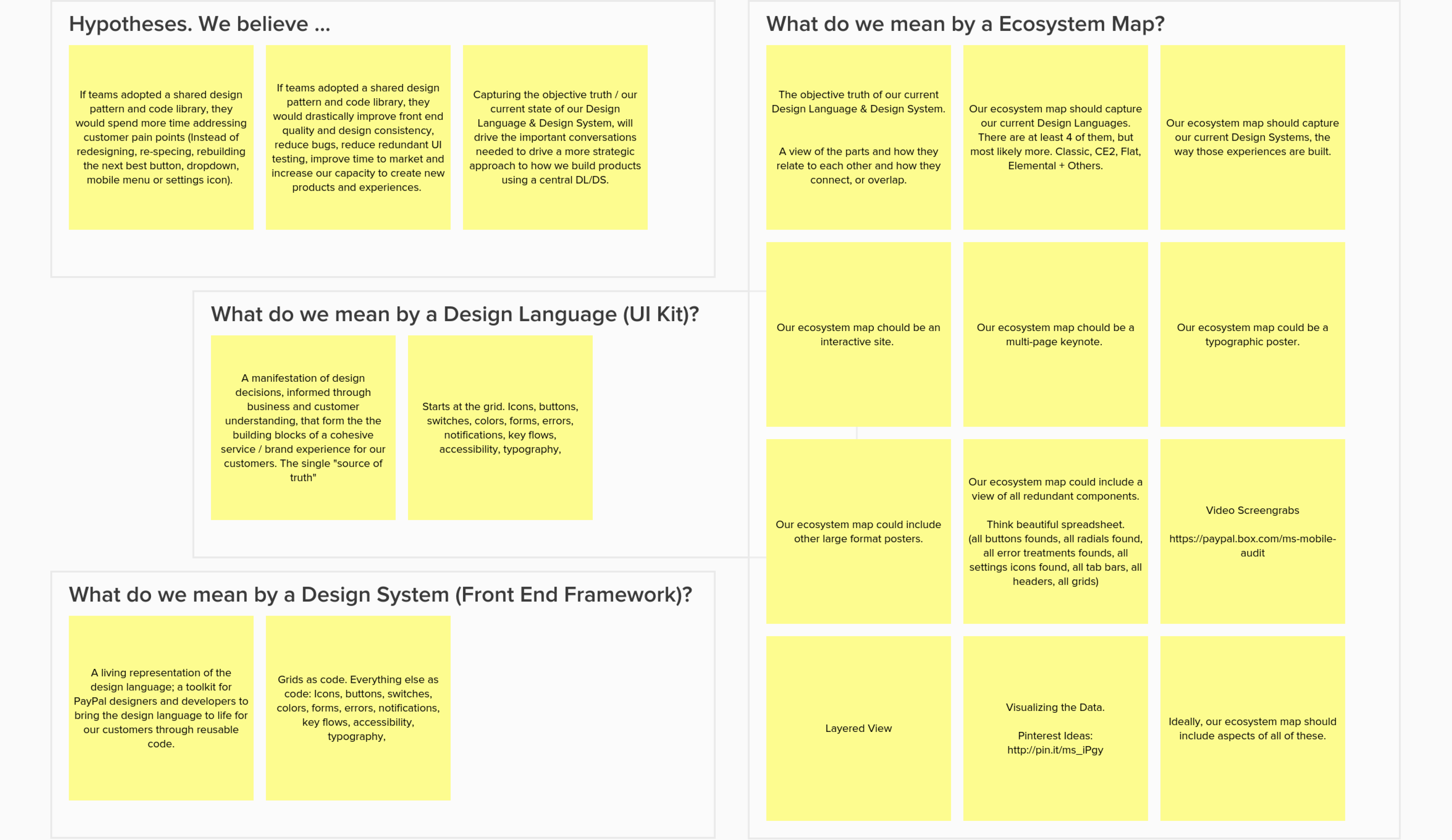 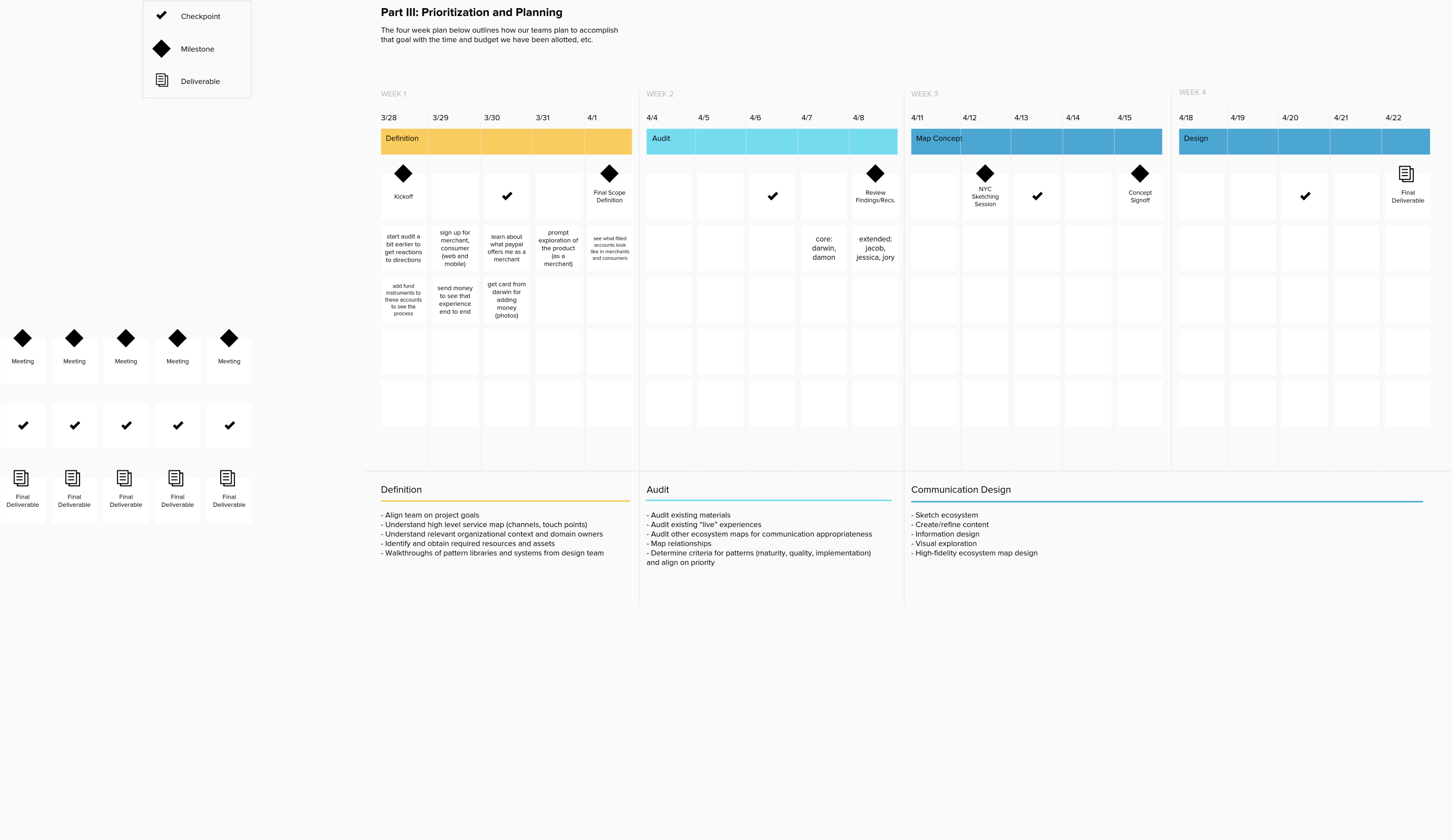 As one of the outputs of the kickoff workshop, we visualized our approach and the project expectations for a share out.

It would amount to a 4 step process with some clear next steps for the collective team to align on. 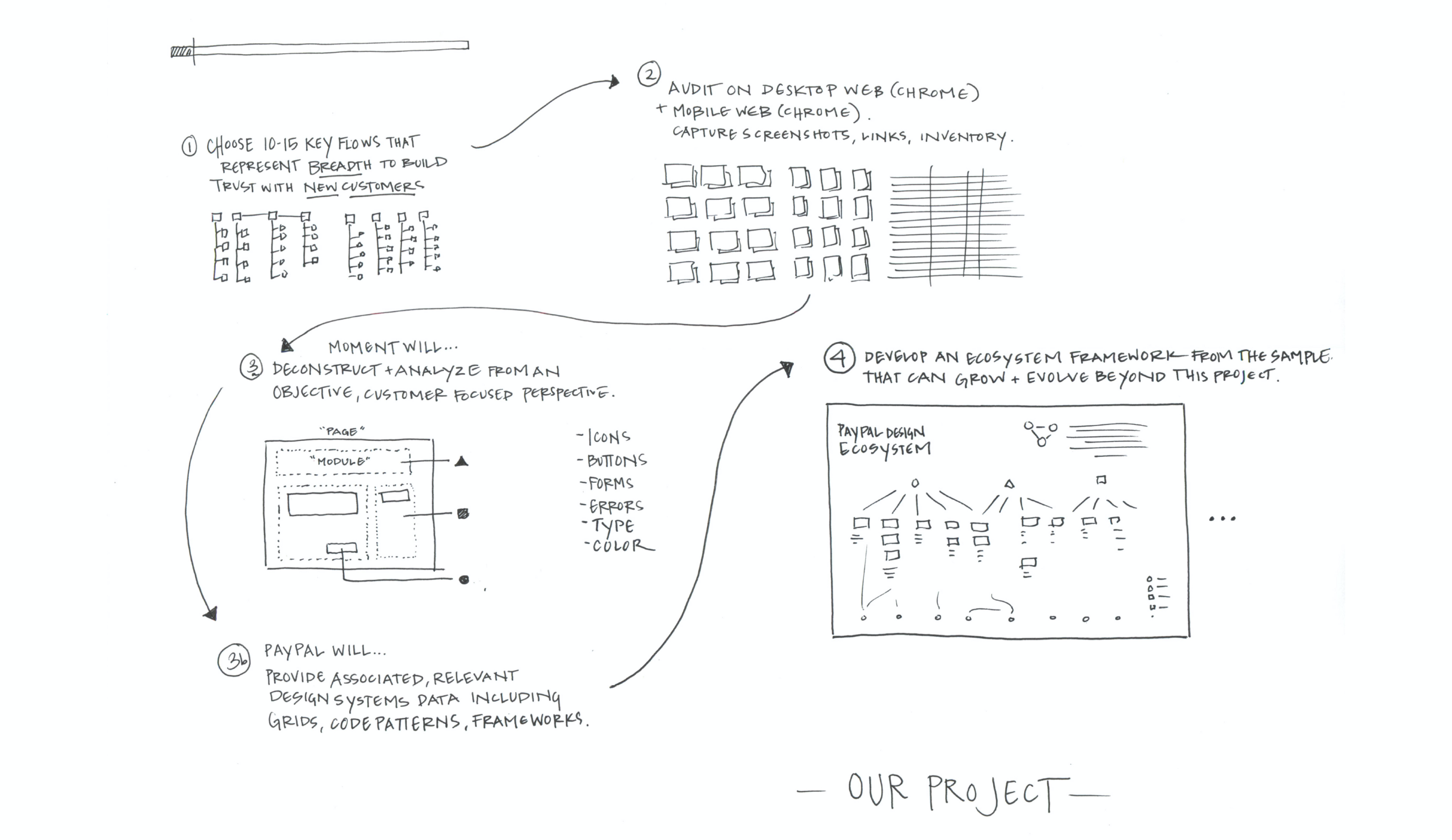 Our most critical next step was to define the use cases our team would be auditing. Across platforms, devices, user types and most impactful user flows.

To select those 15 use cases, we used a list of objective evaluation criteria. 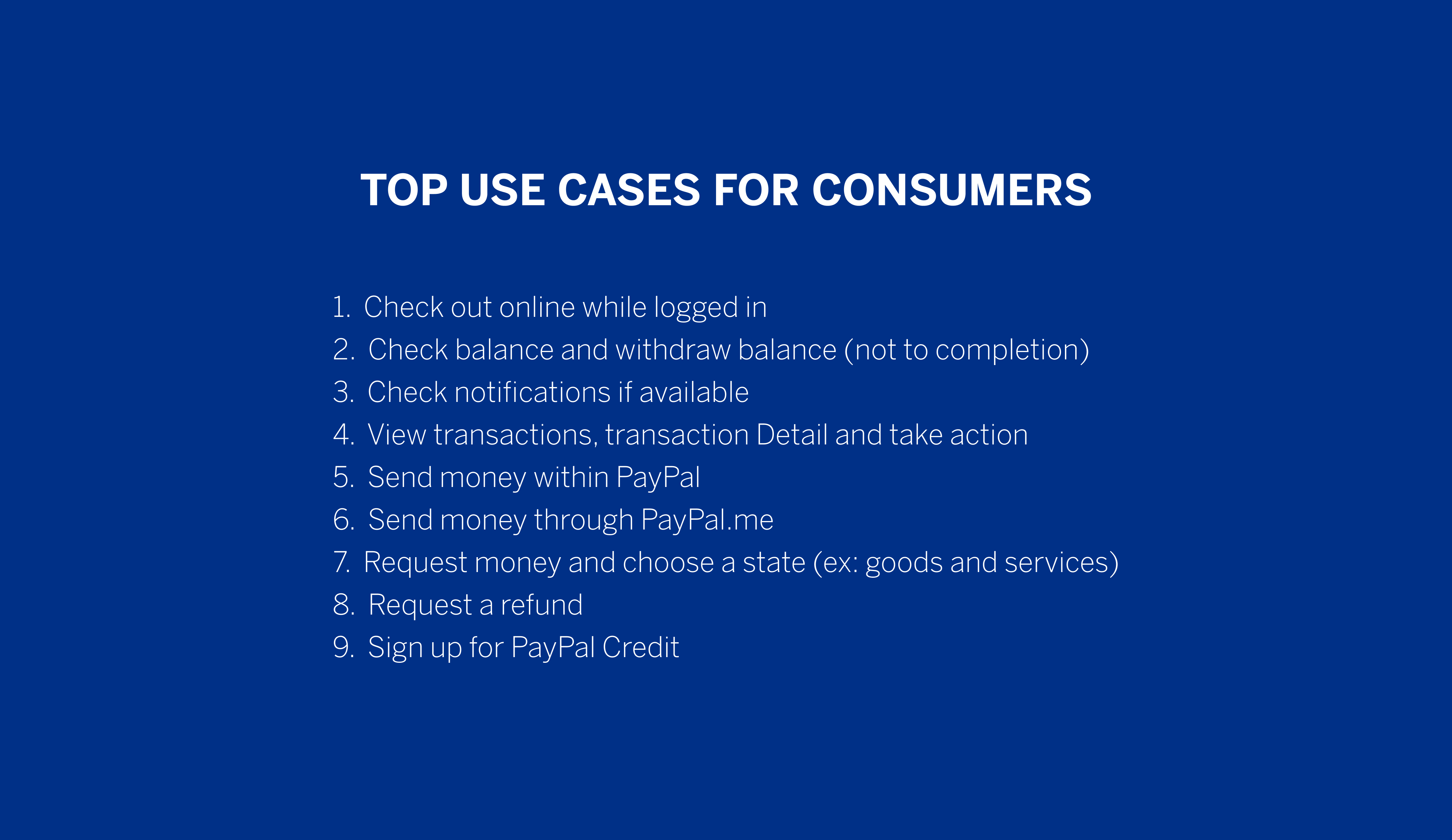 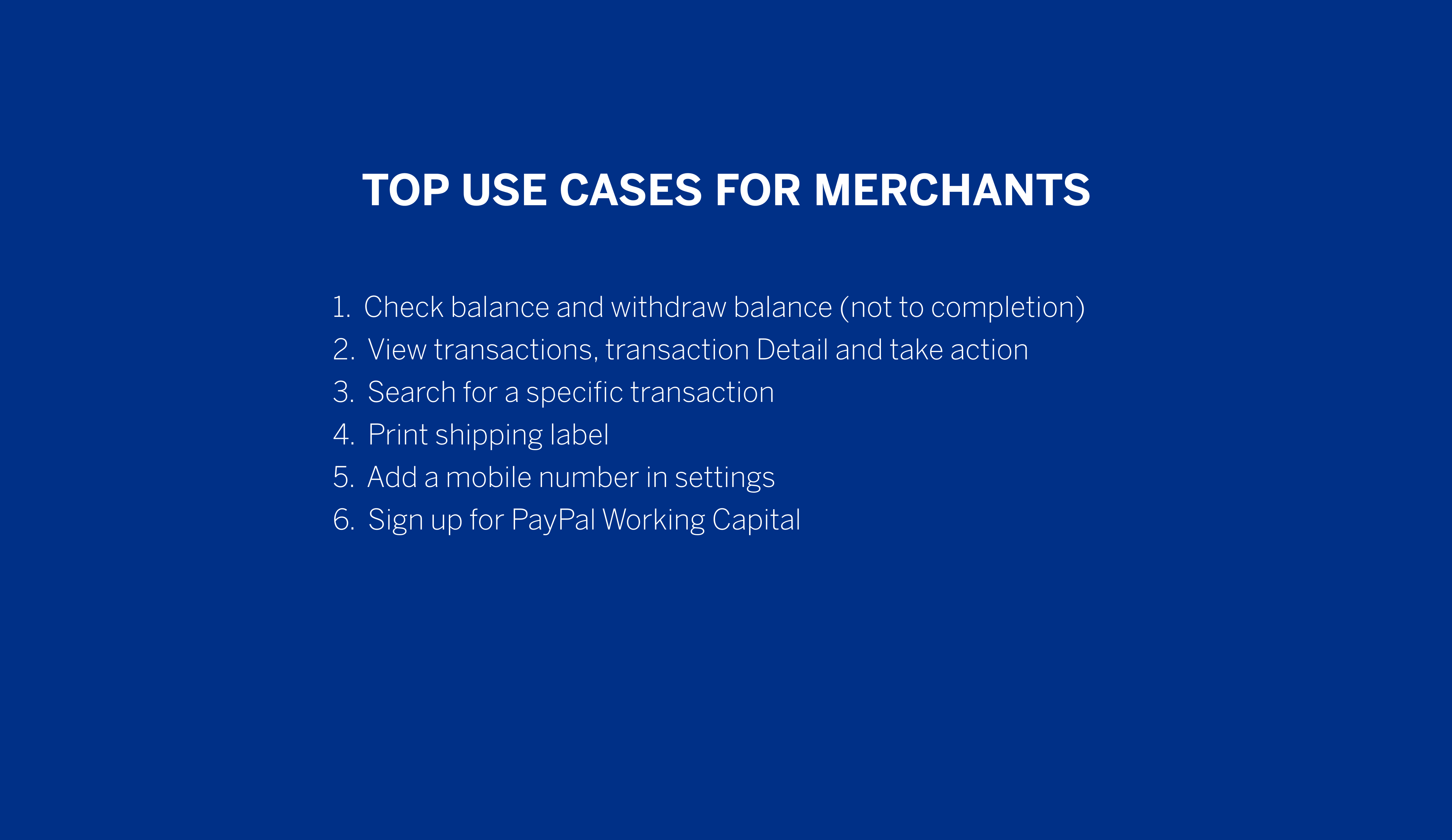 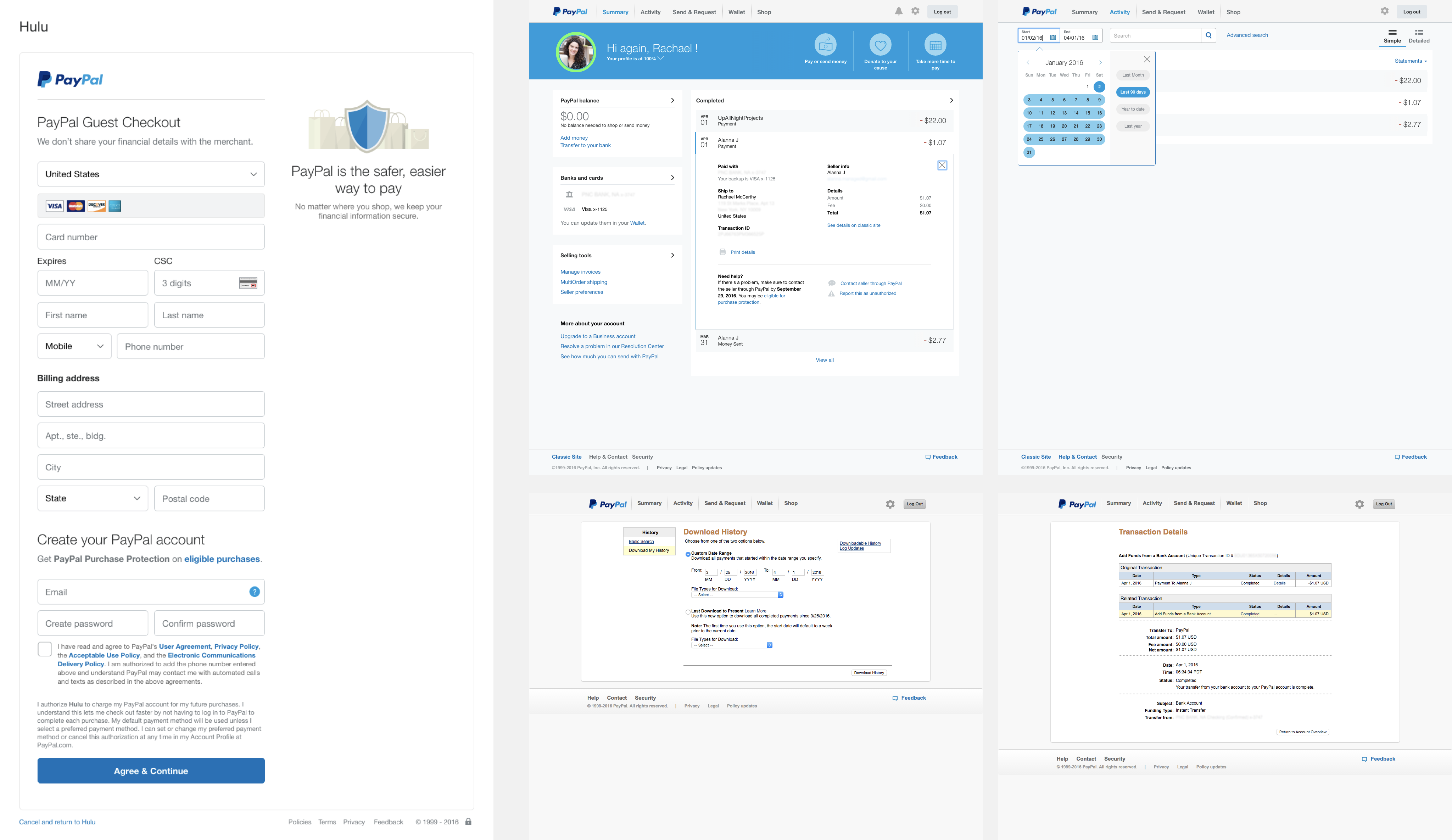 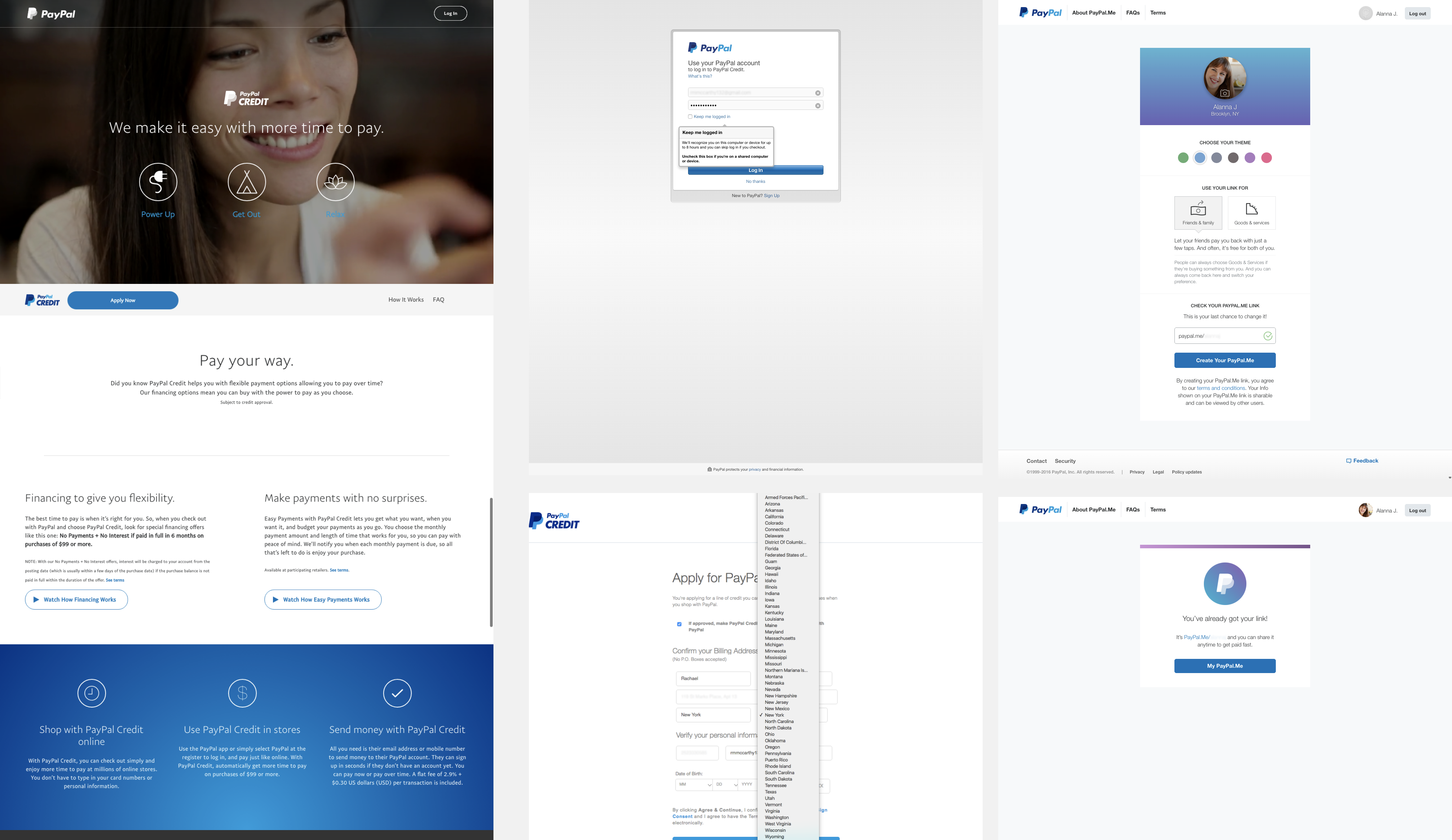 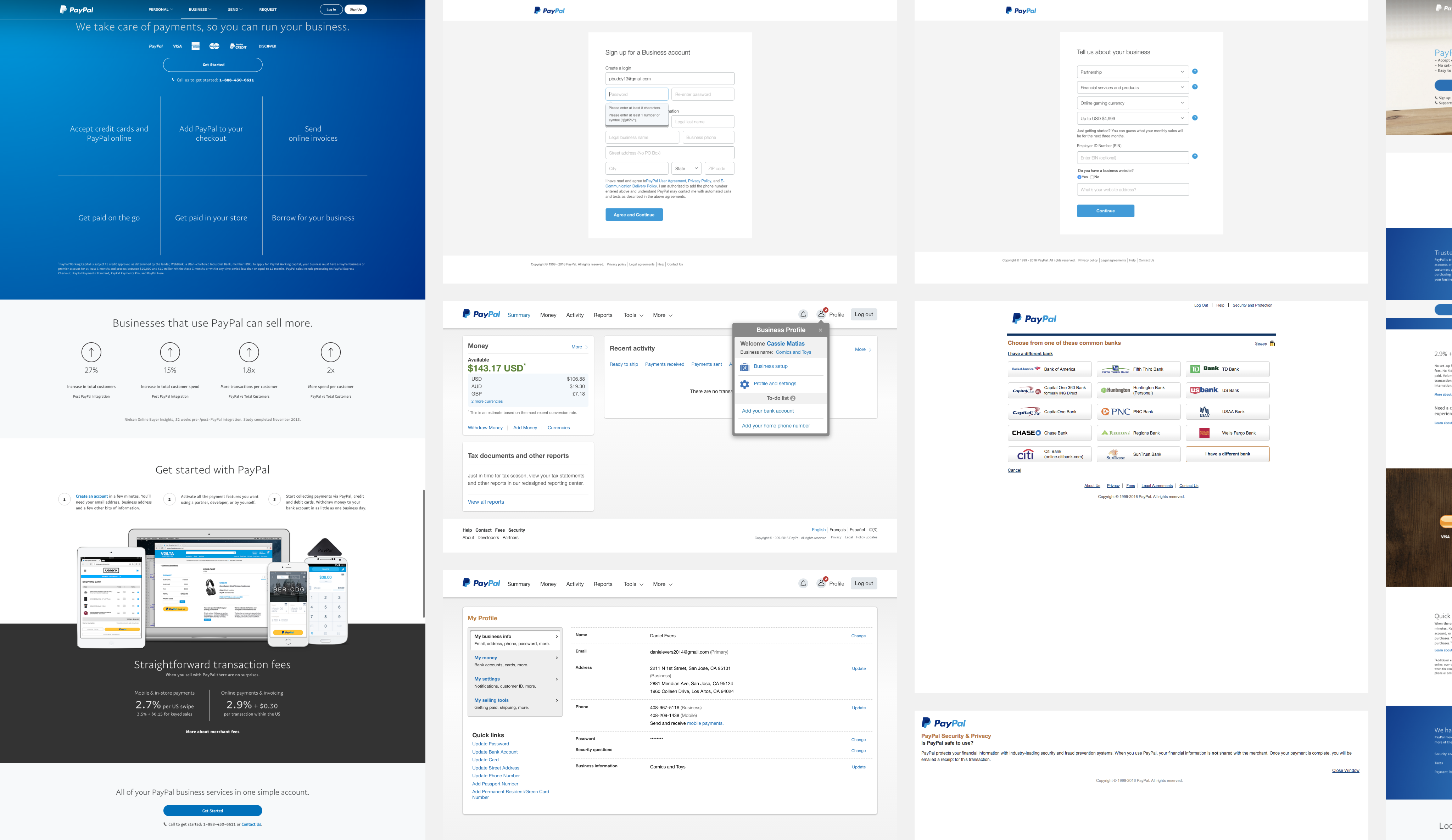 After auditing 2 devices, multiple browsers, third party entry points, 15 use cases and considering the merchant and consumer perspectives, we visually mapped our findings to 6 categories.

The color scale within each category highlighted the variations we saw within each one of the larger themes. 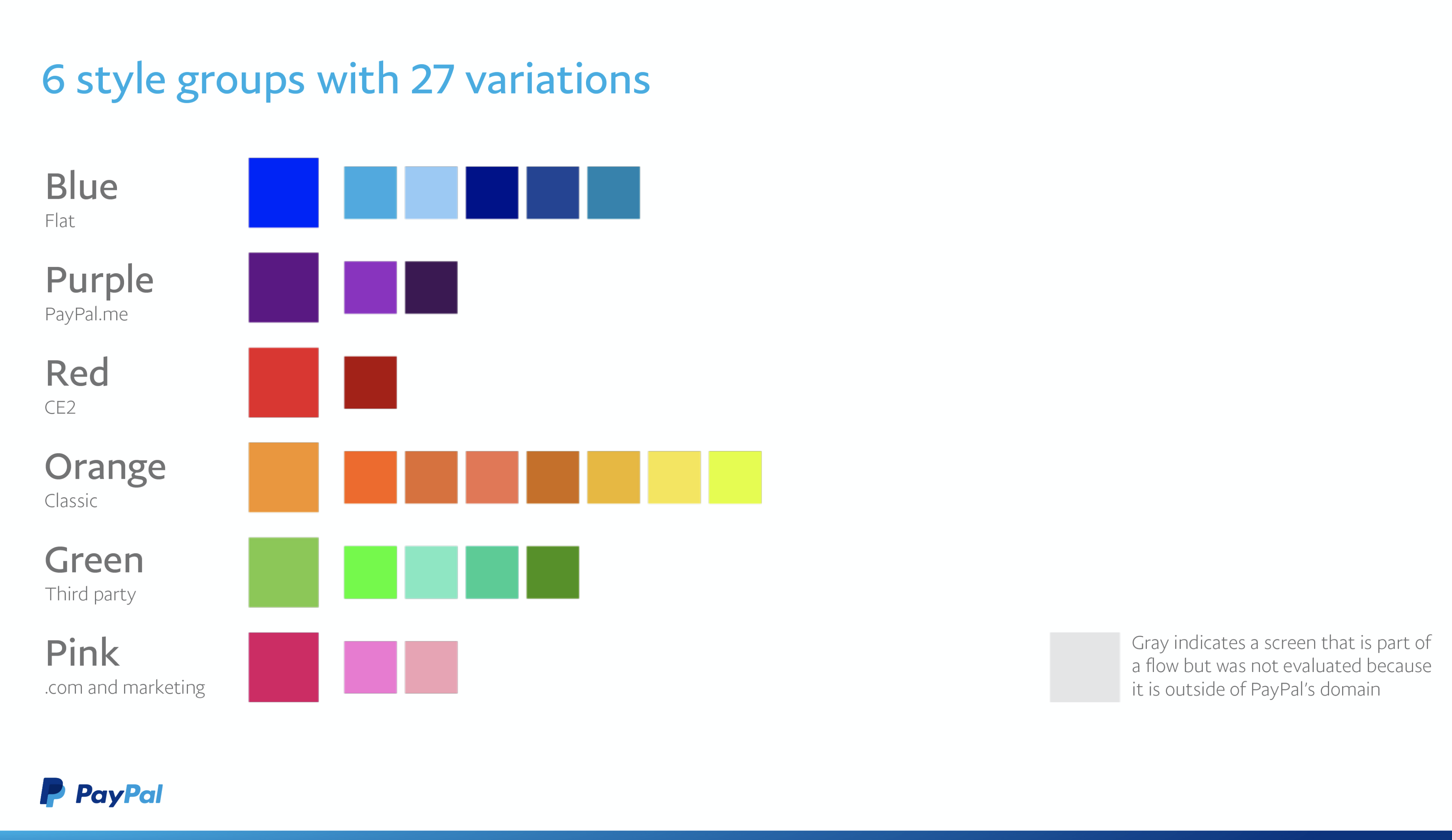 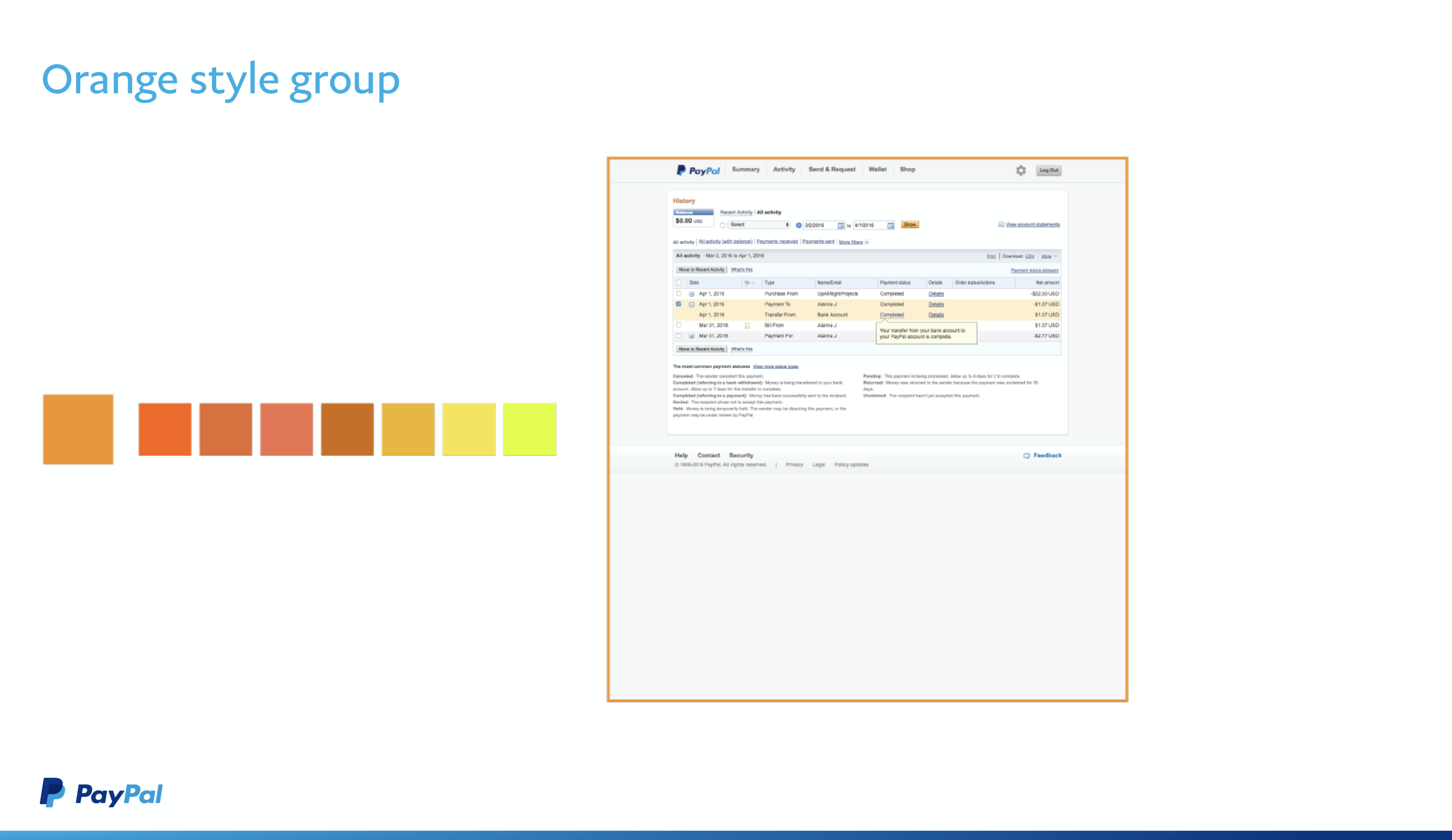 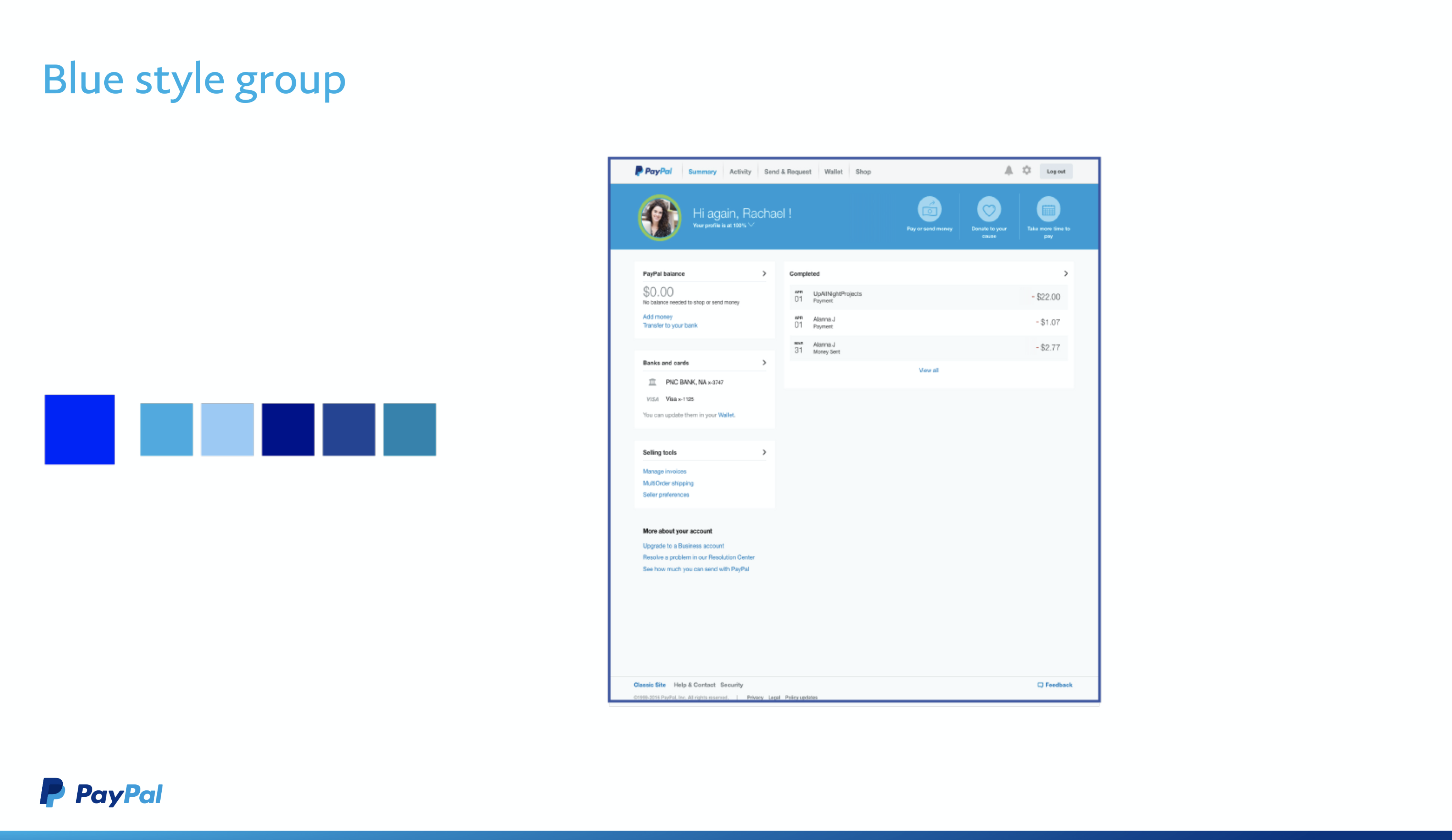 Our next step was to color code each one of the screens in our 15 flows. As we built our findings in complexity, we found combinations of categories within a single screen. And within a flow we found multiple versions of the PayPal design systems.

When we strung together multiple flows into a user journey, it illuminated the breakdown and brokenness of PayPal's design language and code. 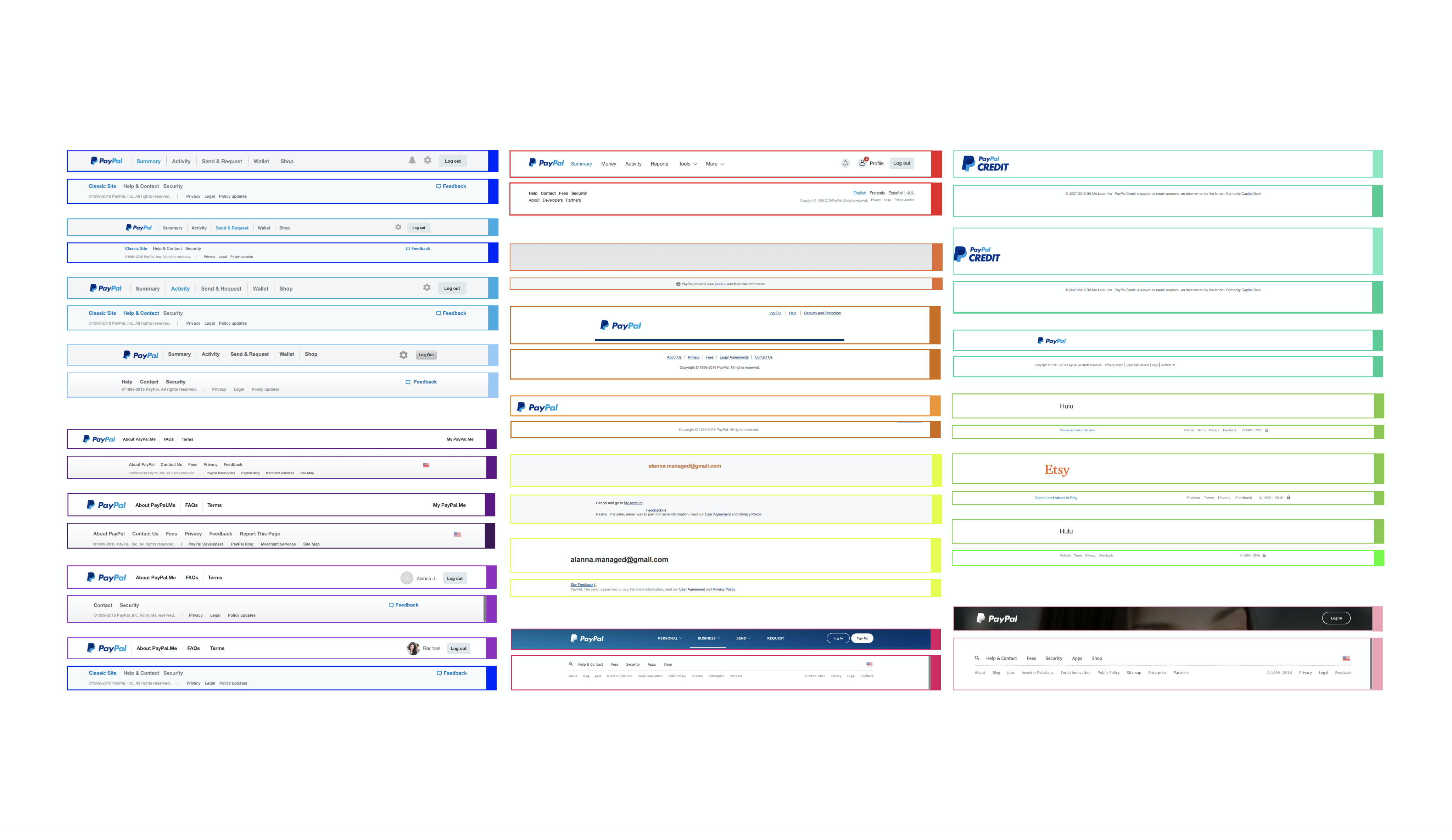 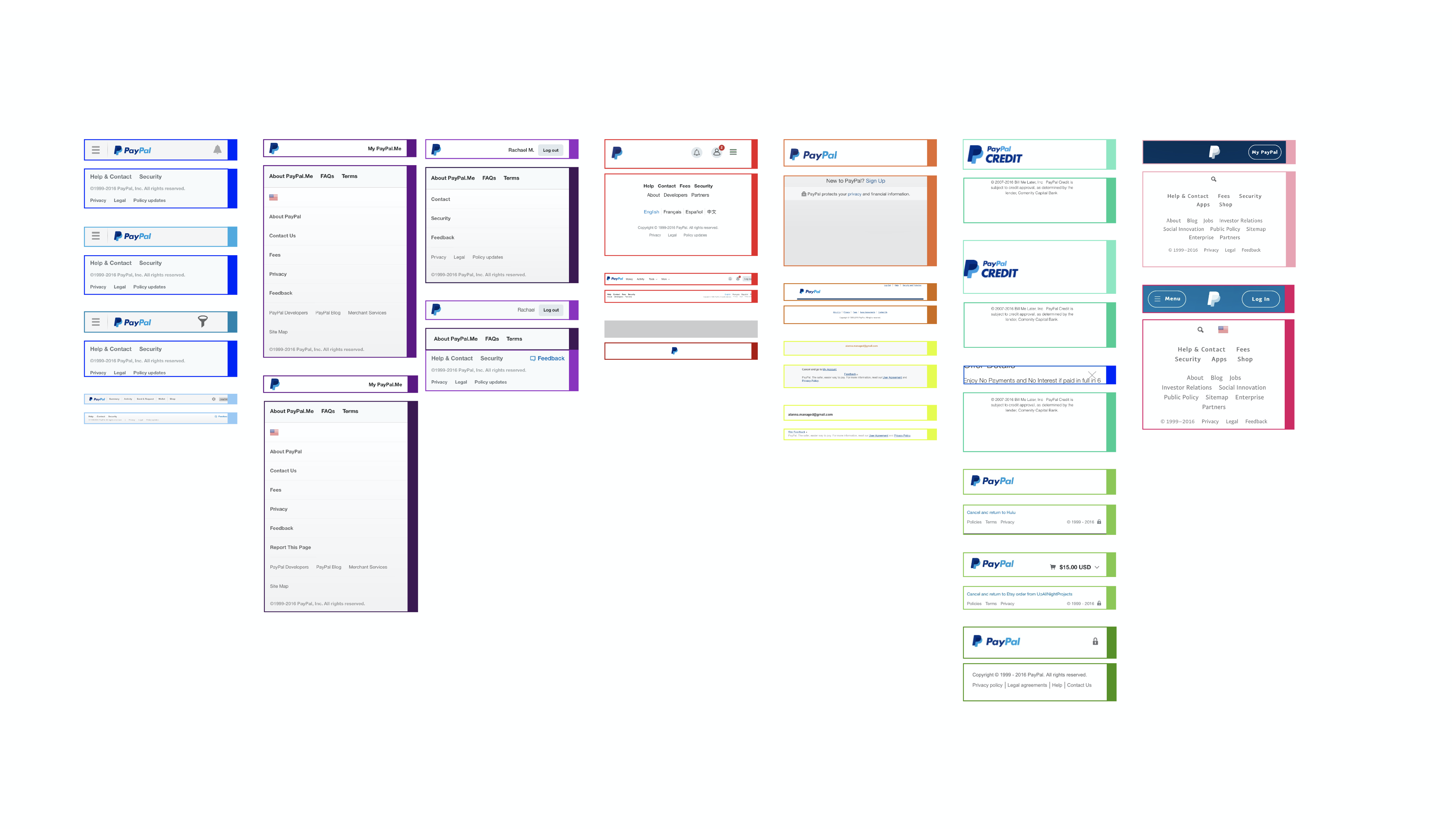 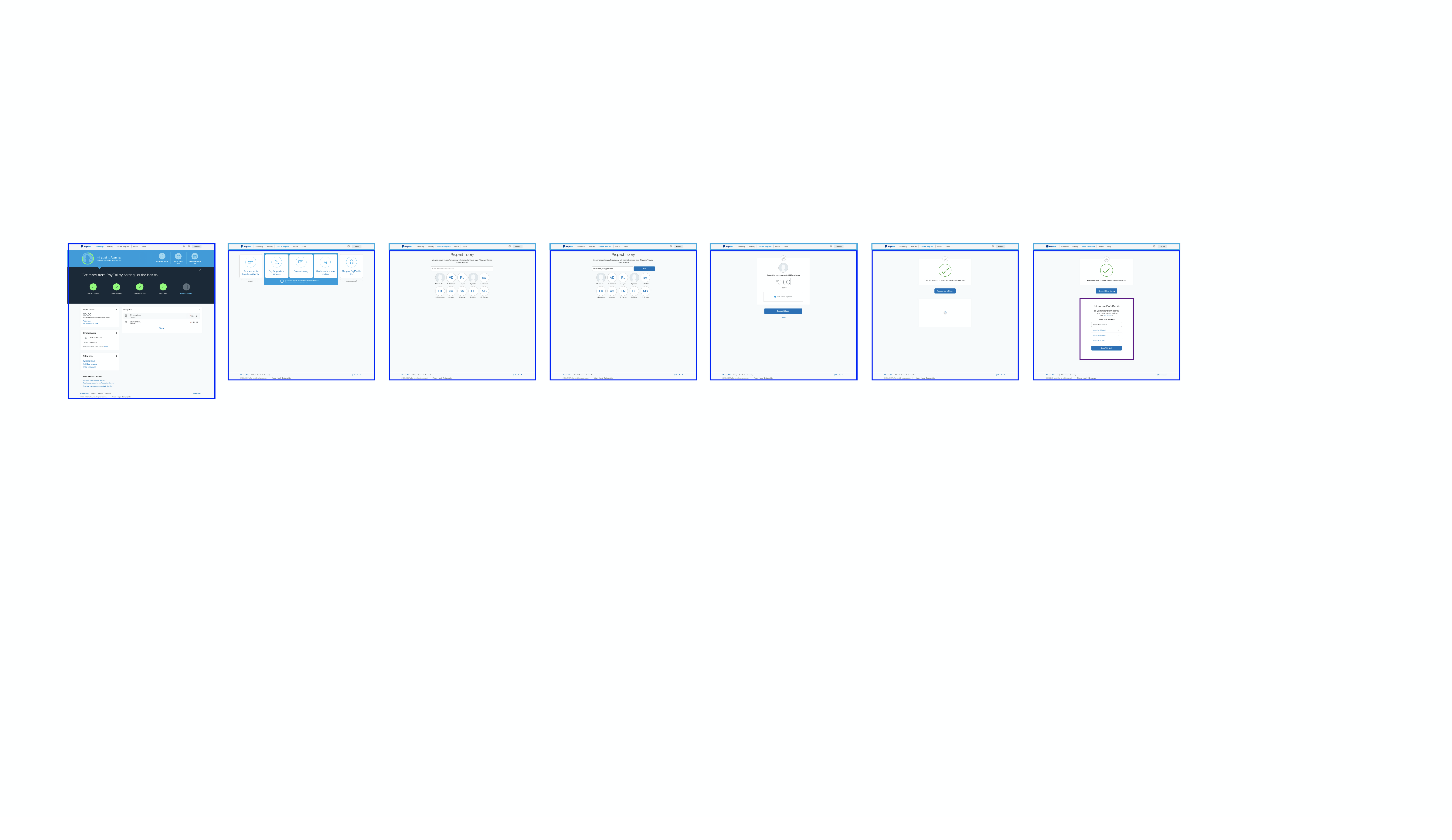 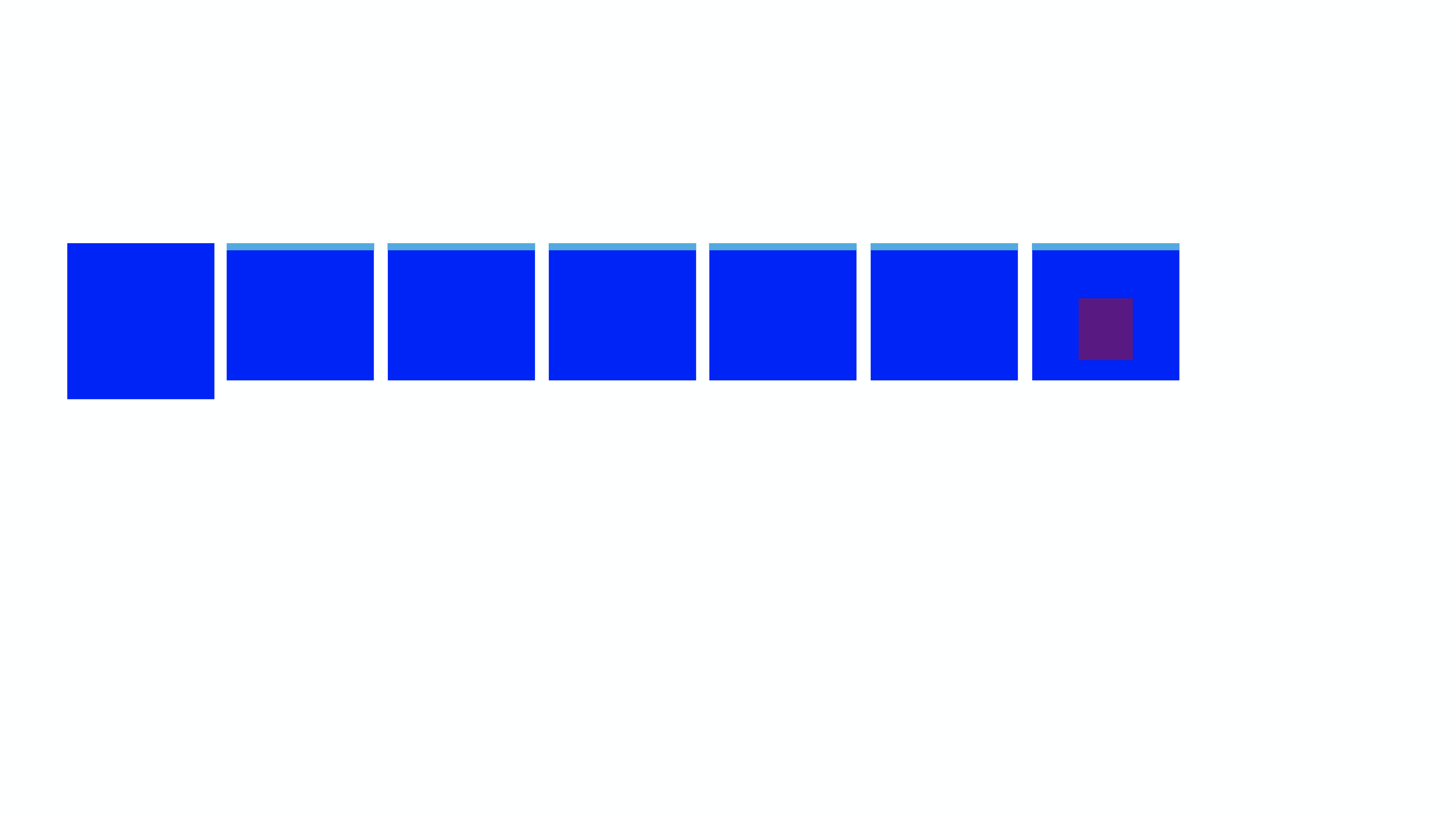 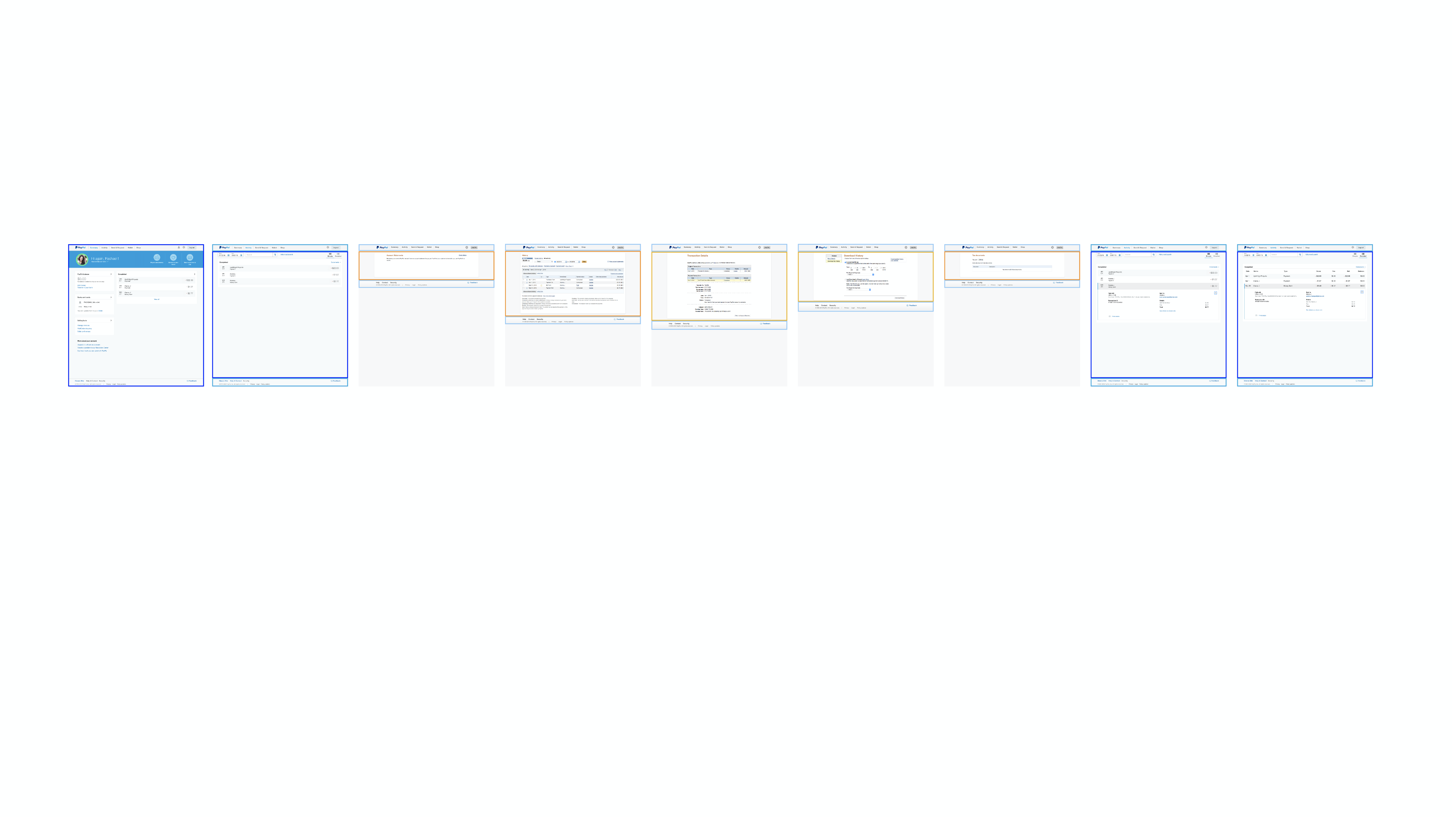 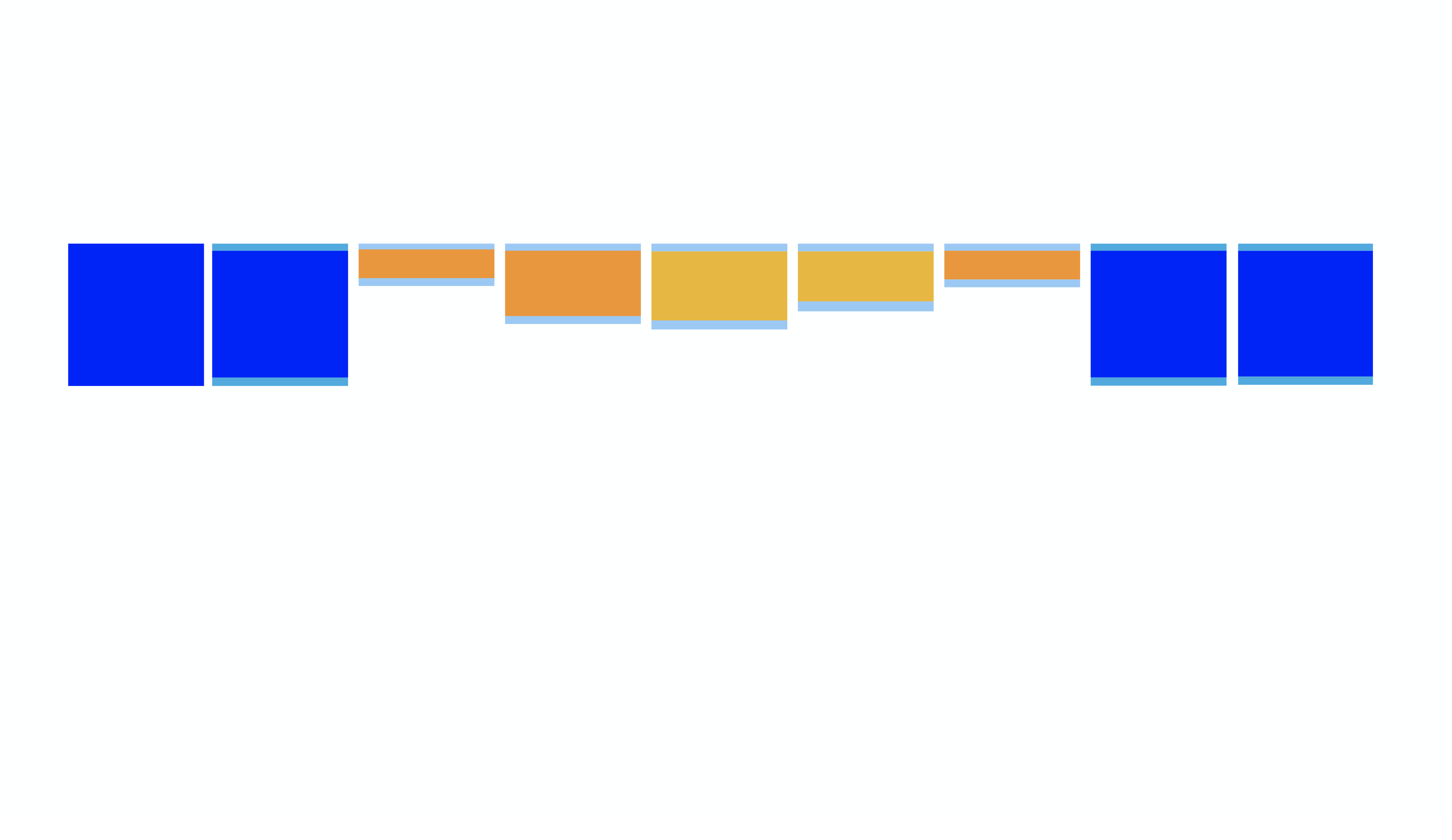 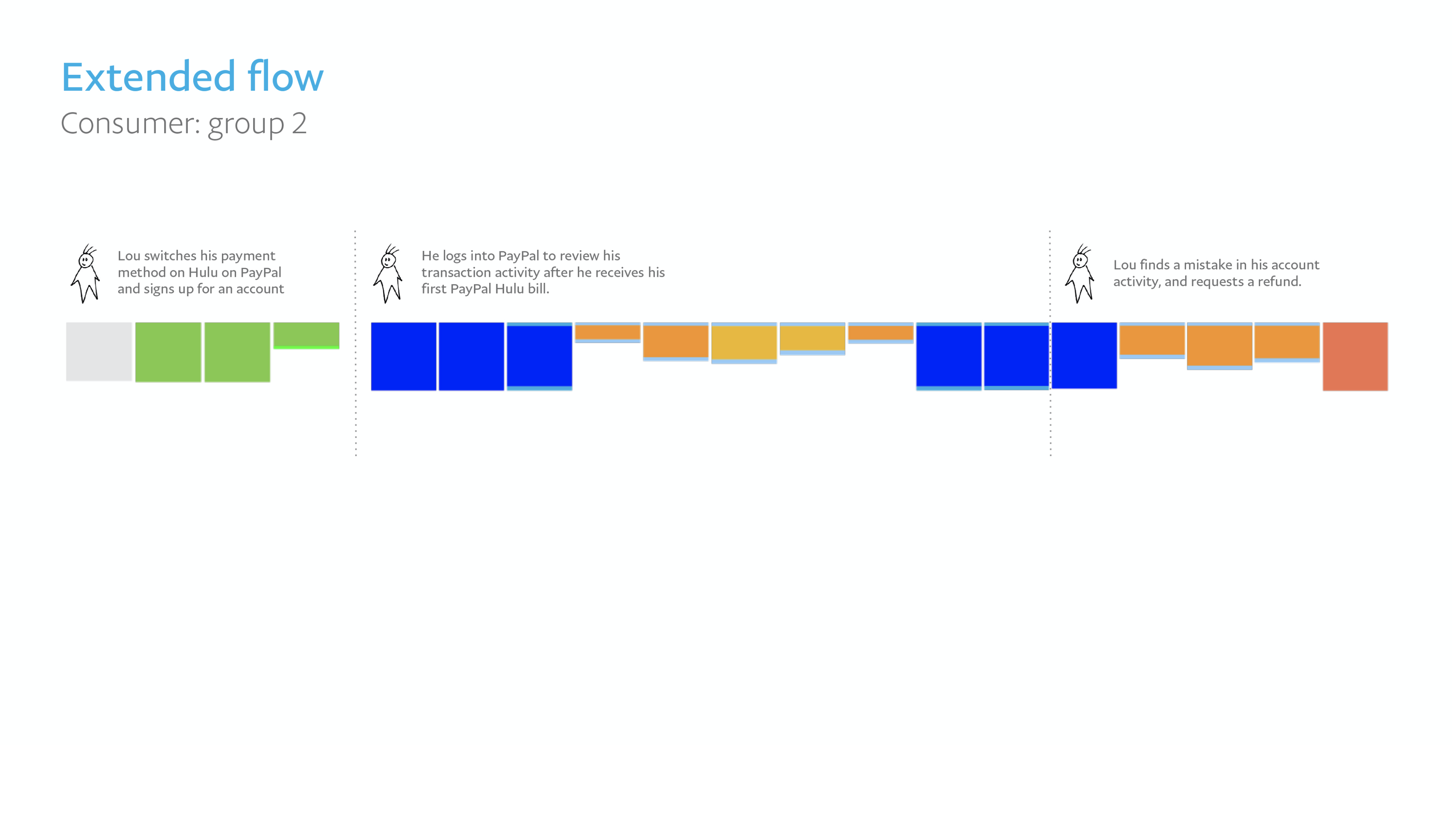 For a final deck deliverable, we provided an executive summary of our audit.

The deck was comprised of high, mid and low level views of our 4 week audit. It provided quick quotes for conversational share out, as well as detailed examples of what needed to change for tactical changes by design and development. 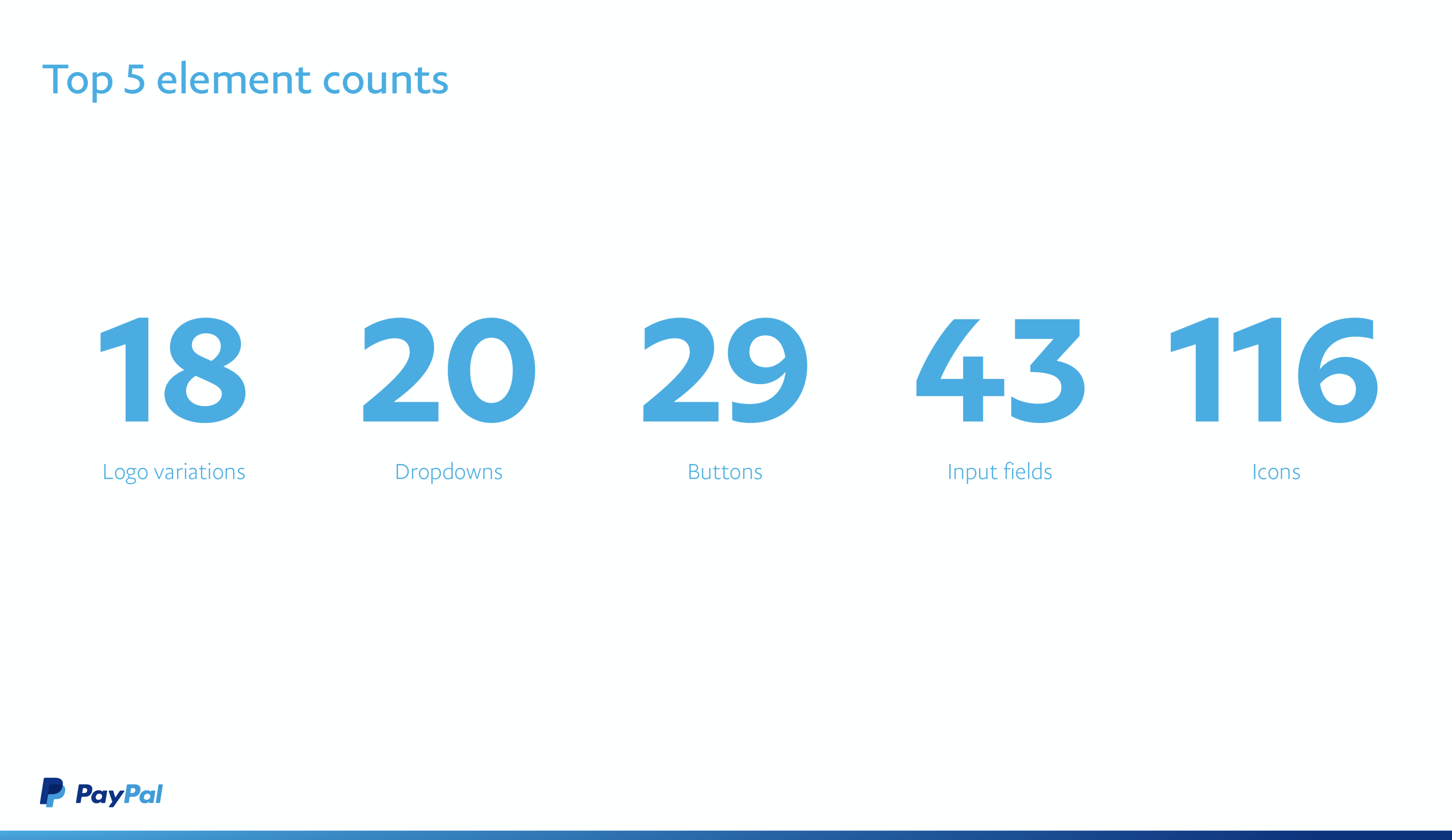 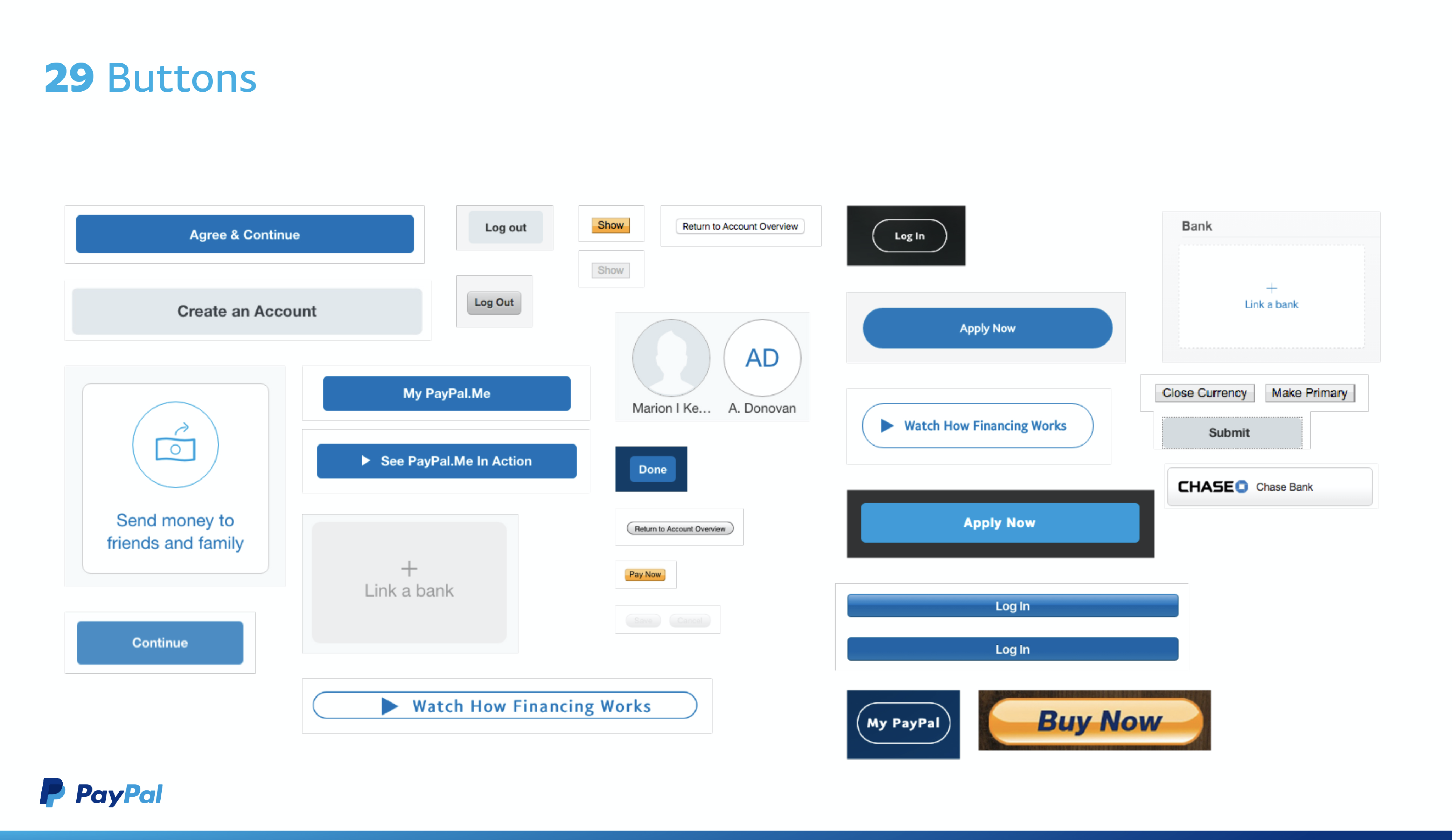 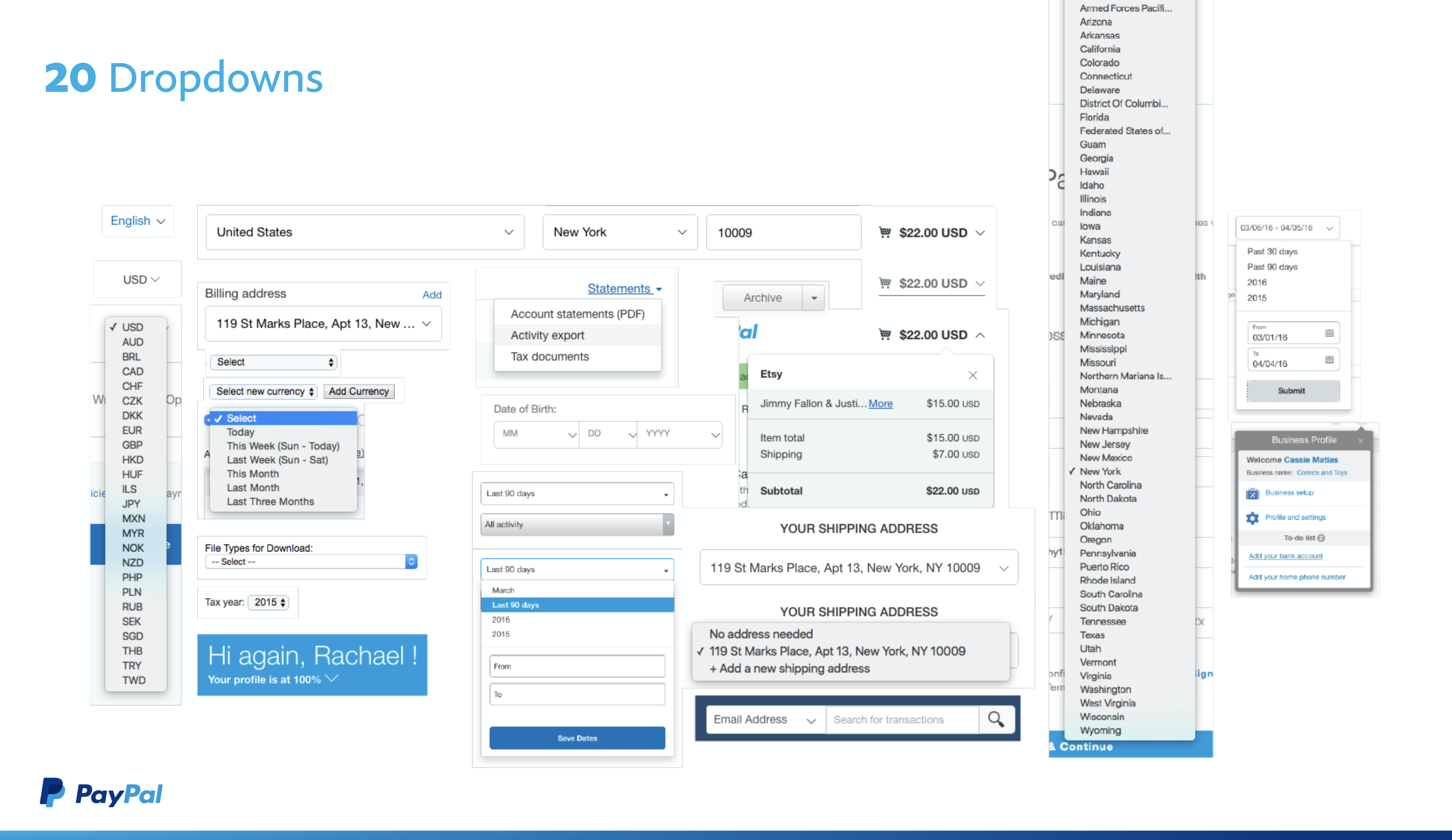 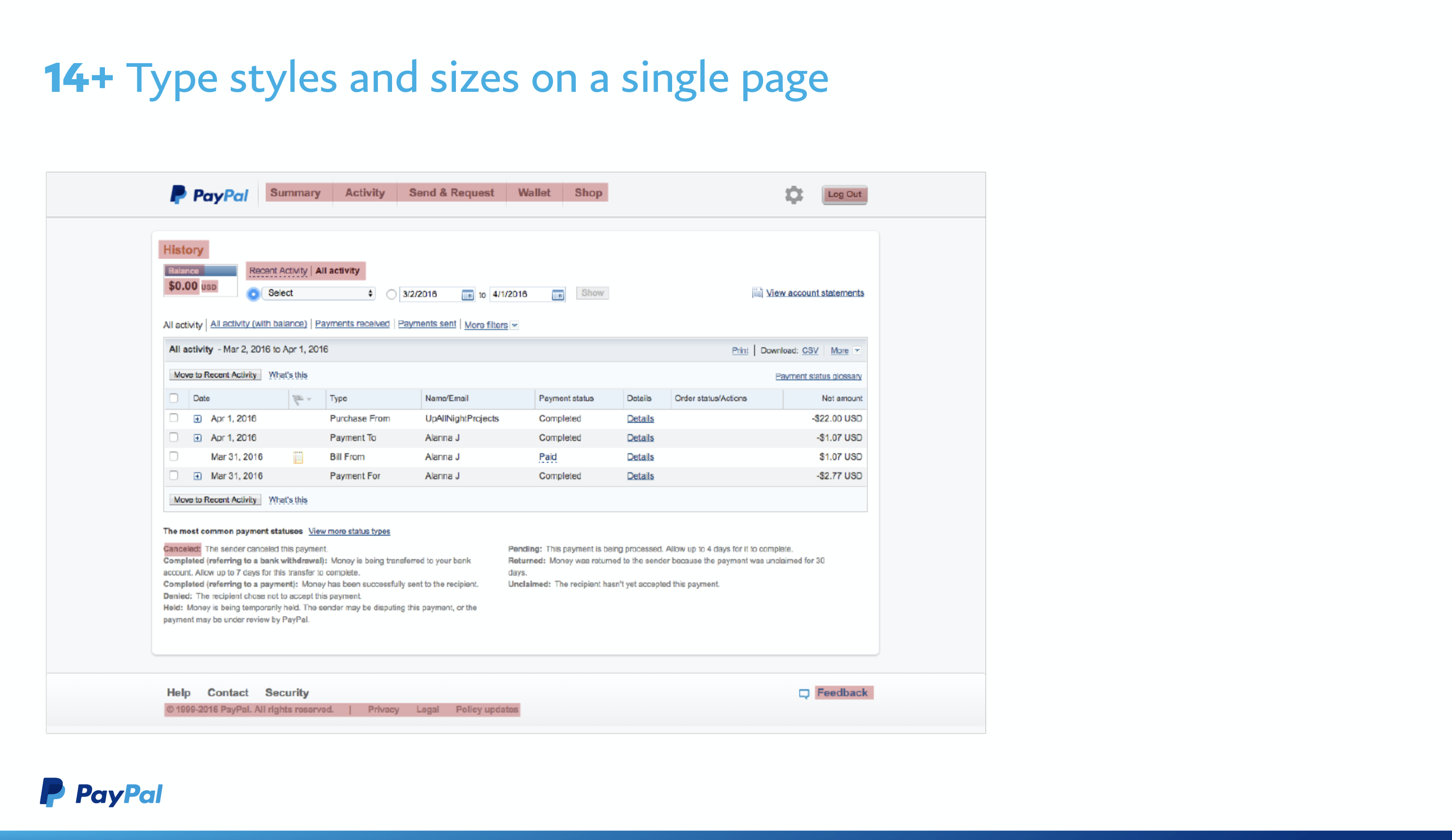 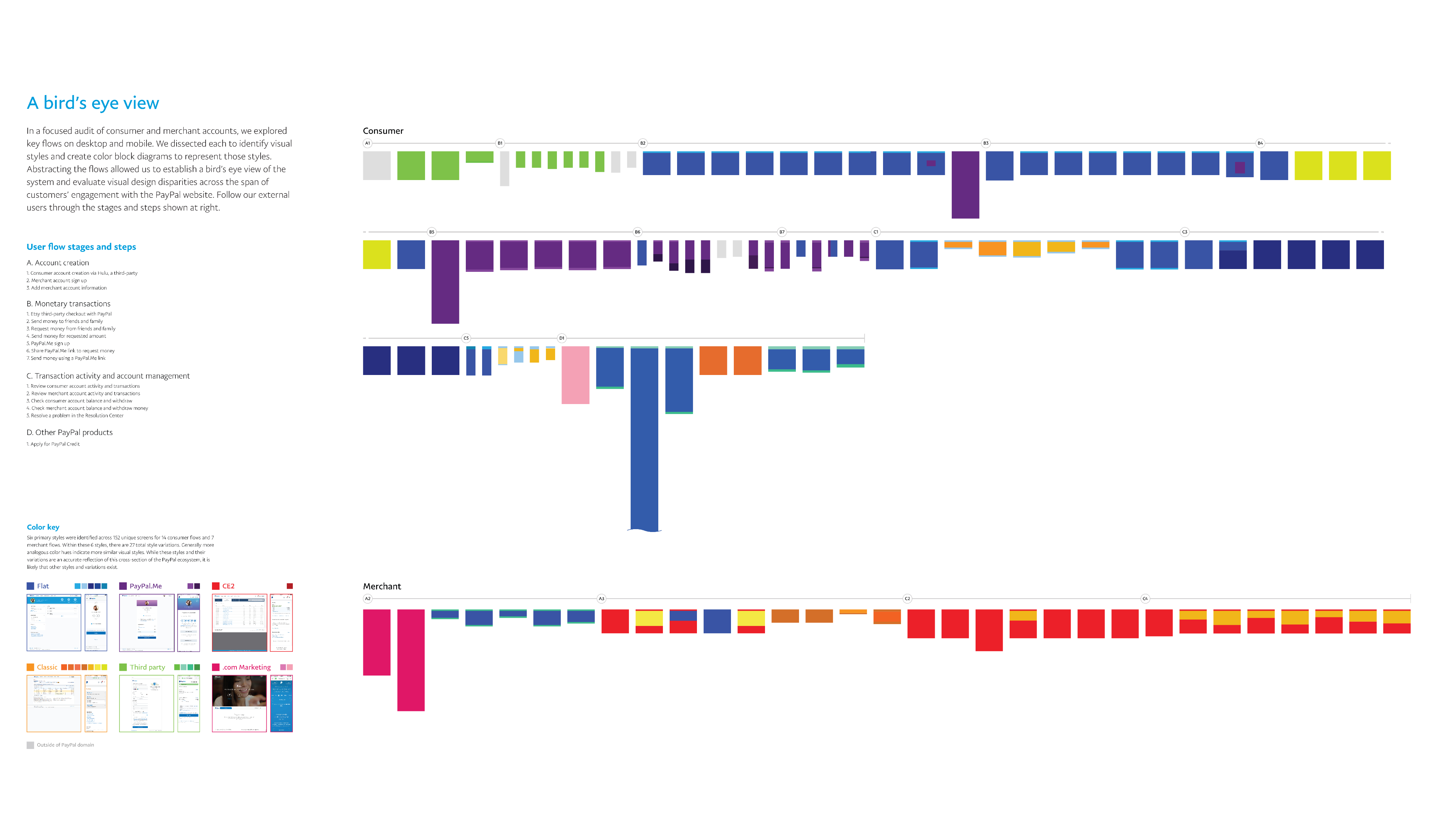 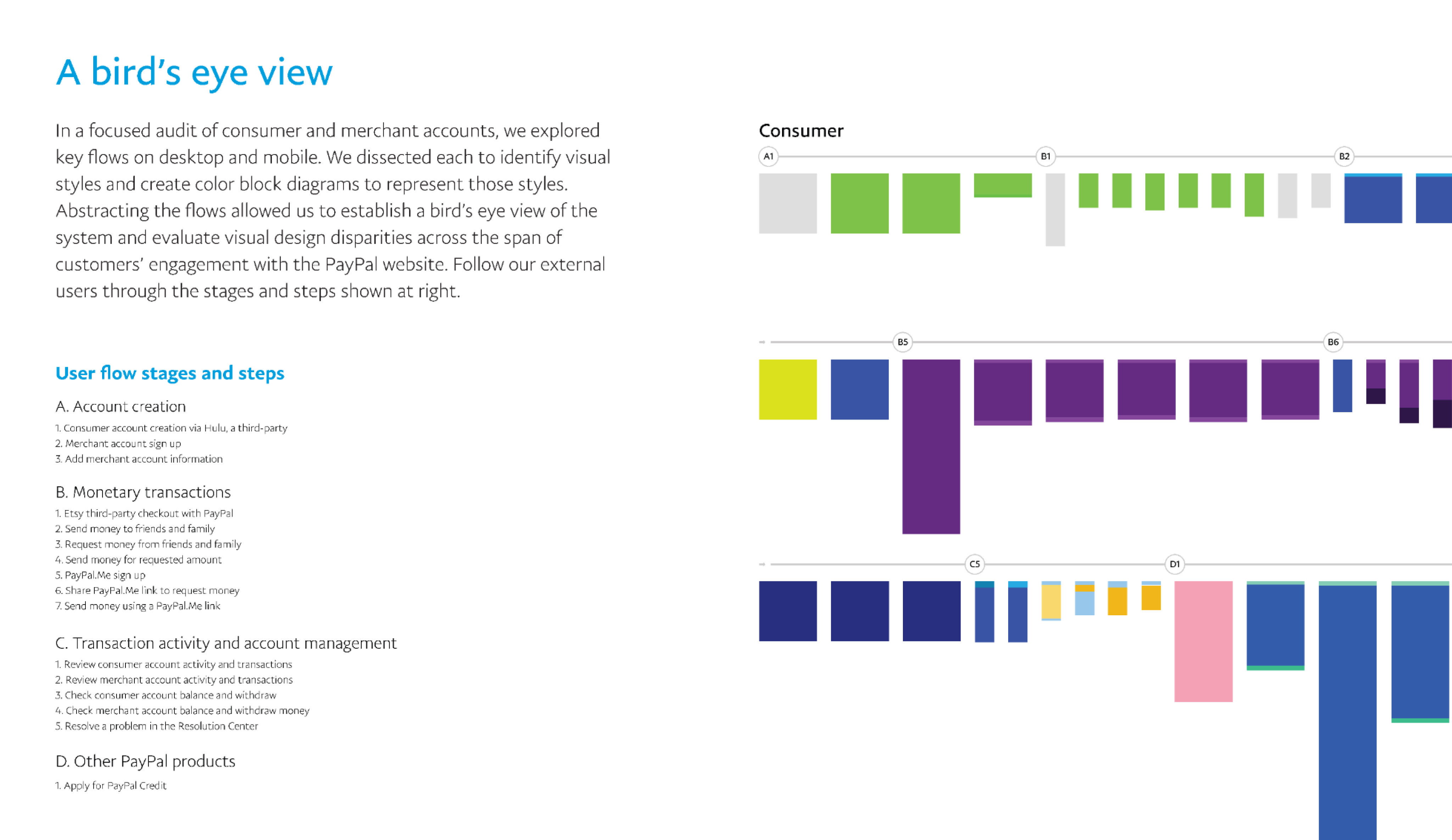 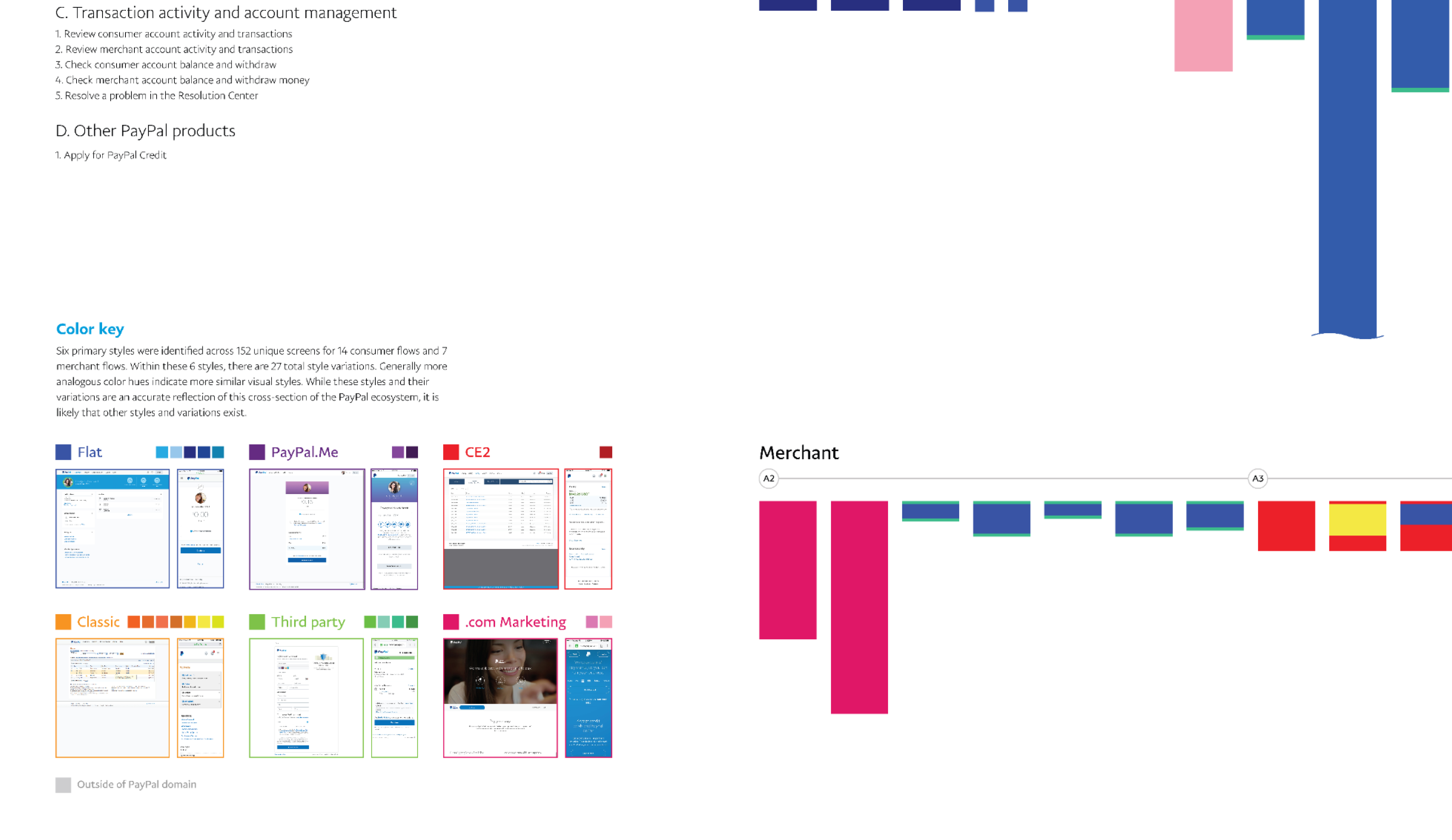 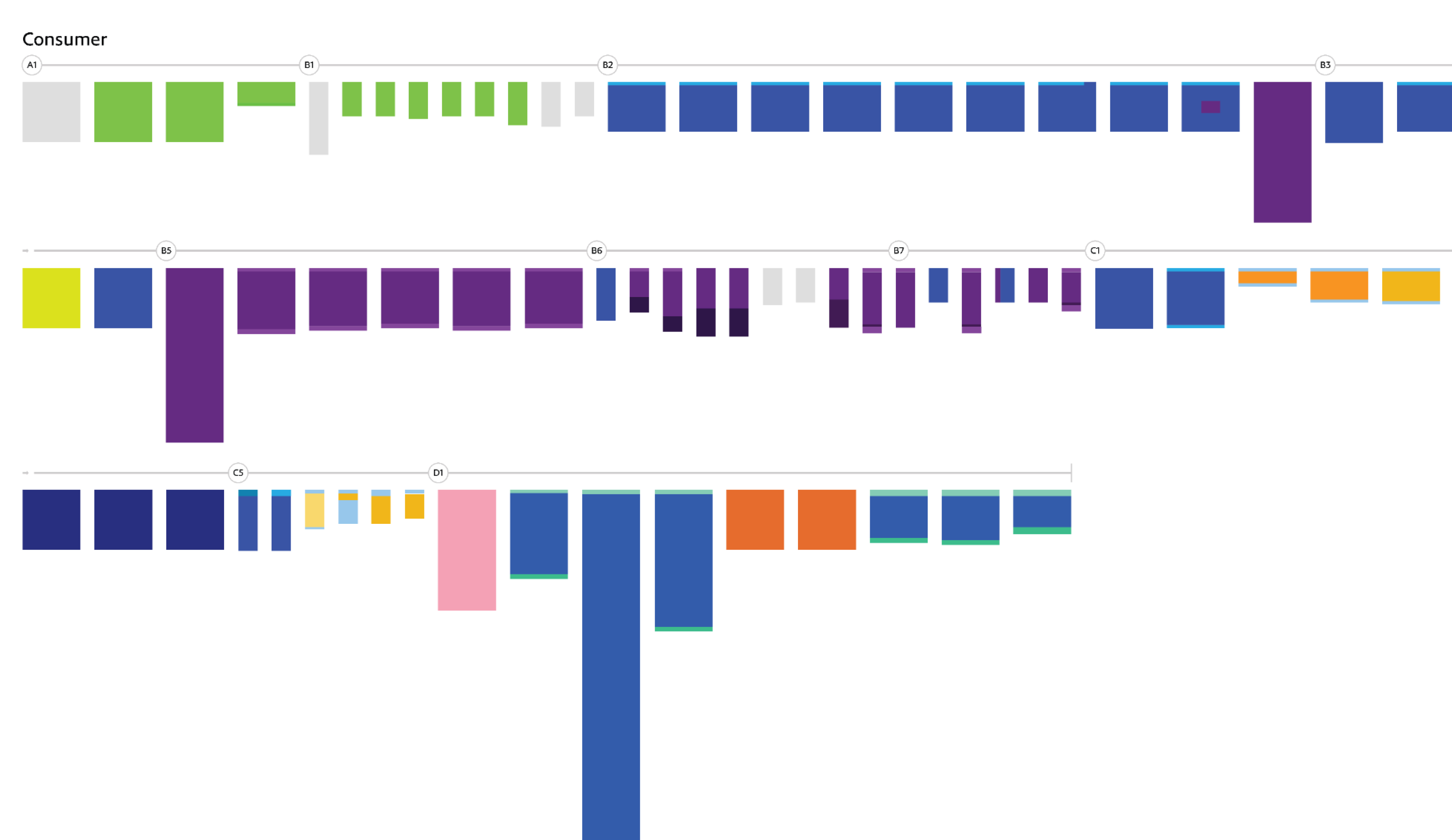 Our audit and findings provided design, dev and product teams with renewed perspective on PayPal's digital presence. It outlined a path for improvement, helped prioritize cleanup efforts and set the stage for a holistic reconsideration of the PayPal landscape.